Laser Tag Games Are Thrilling In Any Language

Support for up to 23 Language Sound Effects

The SATR3 laser tag system has more than 18,000 sound effects/voice-overs.

The ability to have the laser tag equipment interact with gamers in their local language is vital to an operator's success. Not only does the SATR laser tag system issue sound effects in more than 20 language schemes, including the world's most widely spoken languages, but it also offers four variations on English (with different accents and semantics) and a language-free "arcade" sound scheme. In addition, the voice-over sound effects can be customized at point of manufacture.

One of the key tenets in SATR's patented technology is its real-time hit-feedback. An operator can select various sound schemes for this feedback. Plus the laser tag system offers useful game management voice-overs. These voice sound effects are issues directly from a player's laser tag gun as well as the battlefield props so all gamers can hear them.

The languages offered in the SATR3 system are stored on a high-powered 16 GIG Sound Card. They are:

Ideal for Family Entertainment Centers, Tourist Resorts, and Summer Camp our laser tag system has a soundscape called 'Arcade'. Rather than the standard word cues for gameplay actions, the new Arcade SFX offers a set of intuitive sonic elements just like sounds from a retro pinball parlor.

"We are really excited by the launch of SATR, in particular the new Arcade sound scheme which we believe is set to be the game-changing innovation in live gaming this year,” said Nicole Lander, Co-Founder of Battlefield Sports.

“We believe our customers will love the new software update as it brings a new and exciting dimension to laser games for live-action role-play fans around the world,” said Nicole.

“This is just the first in a number of exciting innovations that we plan to introduce over the short term which will distinguish the Battlefield Sports brand from its competitors,” said Nicole. 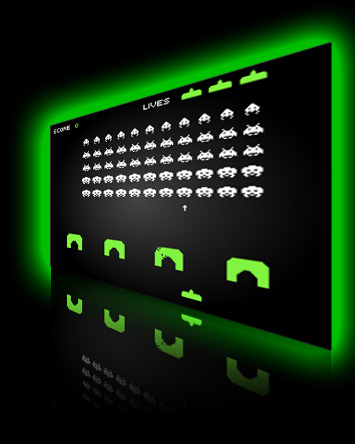 The Sound of Winning

The new SATR arcade sound scheme seeks to reinforce the sensation of winning for the gamer.

Gamers get pleasure from being reassured that they are winning. Gamers on the same team even get a vicarious pleasure when they hear their teammates making progress.

In fact, this reinforcement is one of the key drivers in Battlefield Sports' breakthrough patented technology. The SATR system ensured that via peer-to-peer system gamers KNOW when they get their opponents.

In the classic system players of outdoor laser tag often knew when they were hit but not when they tagged their opponent. It was a negative reinforcement scenario.

With the real-time hit-feedback of SATR gamers now have a positive re-enforcement of success within the game.

The digital sound scheme in the SATR laser tag system has always integral to the gaming experience.

Previous SATR software versions offered gamers this hit-feedback via a sound effect such as "tagged" or "casualty" in 13 different languages.

Sound effects instead of the spoken word are better for players who don’t understand language that the Battlefield Operator has set as standard on his or her gaming guns.

The new sonic elements are quickly interpreted across many cultures. This is perfect for running events where there are many gamers with different language backgrounds, such as entertaining tourists at a resort or entertaining student groups from overseas.

Sounds in games and during the game-play are integral to the gamers' perception and understanding of fun as the mission and battlefield props themselves.

Research has shown that multiple‐sensory stimuli can trigger adrenaline and dopamine.

A balance between difficulty and skill is required to continually engage a gamer in the combat game. As Nolan Bushnell, Founder of Atari, famously said the best games are easy to learn but difficult to master.

As the gamer's skill increases, so must the difficulty of his or her mission, or the player will become bored. But if the skill required is too difficult for a novice, the gamer will likely become despondent. So it is important to get the game-balance right.

To find out how to get a hold of this new software release, contact your local consultant.

Likewise, the "Laser Tag English" sound scheme is for those operators that need something more family-friendly than the other sound schemes in SATR. Instead of SFX like "Casualty" and "Kill confirmed" the unit issues SFX like "tagged" and "de-activated". This change in semantics is important, depending on your customer's cultural background.

In our experience, we have used the Chinese sound scheme, especially for entertaining Chinese school students.


And we know that the Spanish sound scheme is used widely. Just check out this video briefing in Spanish!

Next, check out this great video that was made in Spain.

In addition, the SFX can be customized at point of manufacture. Now with the new SATR3 laser tag system, there are even more language options, supporting 21 languages plus arcade and plus custom languages.

The custom languages we have done to date are: